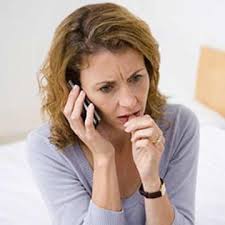 by Marlene Goley, Manager of Cridge Transition House for Women and Outreach Services

For Beata, our Cridge Transition House Outreach Worker, the “no wrong door” approach can translate into, “Let’s just do it, okay?”

Beata has been working with a woman for many months who had so many set-backs, she was ready to just give up. Her ex-husband was not allowing their child to spend time with her; he was not paying any support; his mother was harassing her with false reports to the Ministry of Child and Family Development; and her Legal Aid lawyer seemed more interested in representing her ex’s interests than in hers. She requested a change of lawyers through Legal Aid but was denied with no clear reason given. Small wonder that she was ready to just give up.

Enter Beata who talked to this woman about how the Justice Access Centre could help her prepare for court and she could represent herself. The woman had little confidence that this would have a good outcome. Finally, Beata said, “Let’s just do it, okay?” It really wasn’t a question.

Beata took her to the Justice Access Centre and helped her figure out what she had to do. The woman carefully followed the instructions she was given and with Beata’s support, went to the scheduled court date. Although she was up against her husband’s lawyer, she presented her case so well that the judge ordered that her ex must facilitate 50-50 access with their child, that he pay her child support, and that he attend counselling. This success helped her reclaim her confidence and determination. Now she is the first one to say, “Let’s just do it, okay?”

Why didn’t I do this sooner??
Scroll to top