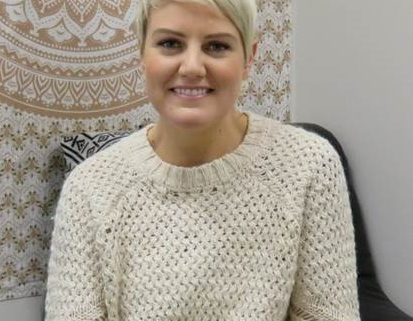 Since 2015 The Cridge Brain Injury Services has partnered with the University of Victoria to engage with the community around the issues surrounding brain injury through a one day conference called Survive-Strive-Thrive. The woman I interviewed last week, Jessica, works at UVic and helped her boss, Dr. Catherine Mateer, organize the first conference in 2015. With Dr. Mateer’s retirement in 2016, Jessica decided to continue to support the event and has taken it on as her main volunteer project. From setting up the agenda, planning all logistics including catering and the physical set-up of the event, Jessica has become the heart of the conference. For the past two years over 100 people have participated, and as one attendee commented, “It was powerful to listen to individuals who had suffered tremendously speak about acceptance, moving on, having hope for the future and gratitude for their journey.” Past speakers at the conference have included The Honourable Judith Guichon, the Lieutenant Governor of BC who is also a patron of The Cridge Centre for the Family, and Michelle Stillwell (Minister of Social Development) who spoke about her own spinal cord injury at age 17.

When I asked Jessica why she volunteers for this project, she explained that the people she had met through The Cridge Centre for the Family were so warm and welcoming, and the stories she heard at the first event in 2015 were so moving, that she and her husband, Mike, decided that they wanted to get involved. The loss of her father from brain cancer a year later further motivated her to volunteer. In addition to the Conference, Jessica volunteers at Mary Cridge Manor which provides supportive housing for brain injury survivors. She speaks of helping out at a Hot Dog fundraising event in January, where she and Mike watched as the survivors BBQued and spoke with everyone that passed by. The two survivors shared their stories with them throughout the day and she said that she loved hearing about how far they had come with the support of The Cridge Centre for the Family and Cridge Brain Injury Services.

Jessica also tells me the inspiring story of Sara Hansen, an attendee at the conference.  A mother with a full-time job, Sara went into hospital to have surgery for malformed clusters of blood vessels in her brain stem. Expecting only to be in hospital for a few days, Sara spent four months. She is no longer able to work, she is in a wheelchair and on long-term disability. Sara was one of the speakers at the 2016 conference Survive to Thrive: Restoring Life after Brain Injury.  From her wheelchair she spoke about how alone she felt until she came to her first conference. She has now connected with so many other survivors and feels so much more supported. In working at The Cridge Brain Injury Services with staff member Janelle Breese Biagioni, Sara has learned new online technology and has just launched a blog, entitled “Making Lemonade After Brain Injury.” Sara says she wanted to start a blog to show people that life goes on after a trauma, not like it did before, but it does go on. You can find Sara’s blog at www.lemonsandliving.com. Sara said, “I am thrilled to have an outlet that gives my life purpose and meaning. I’m so thankful to Janelle and The Cridge Centre for the Family for helping and supporting me.”

Our volunteer, Jessica, is in the middle of planning for the third conference now. It will be held at UVic’s Bob Wright Centre on Wed. June 7, from 8am to 3.30pm.  It is a free one-day conference about the issues surrounding brain injury. The theme is THRIVING THROUGH FAMILY and admission is free but registration is required (sst@cridge.org).

With thanks to Vicki for her interviews of some of our amazing volunteers, of which she is one!

Volunteering at The Cridge Transition House
Scroll to top