In 1892, John George Taylor updated his will, leaving his entire estate to The BC Protestant Orphans' home. Shortly after, Mr. Taylor passed away, forever changing the fate of the organization he had supported late in his life. 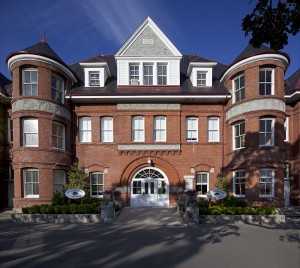 According to the available records, no one is quite sure how Mr. Taylor, a police man by trade, came to amass a small fortune, but the $32,000 he left allowed the society leaders to purchase 12 acres at the corner of Hillside Avenue and Cook Street, then considered the outsksirts of the city, and to build the beautiful red brick home that now bears Mr. Taylor's name. The Taylor building is the heart of The Cridge Centre. Over 119 years it has housed orphans, the homeless, childcare services, and now seniors and administration while the surrounding Garry oak meadow provides shade and space for children to play. 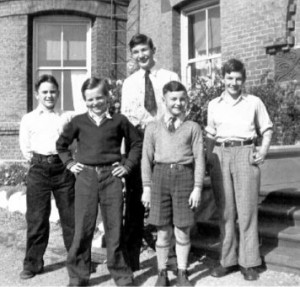 In 1917, William Alan left Victoria for the fields of war in Europe. He had spent much of his youth in the BC Protestant Orphans' Home, finding in the Taylor Building security, family, care, and encouragement that had been absent in his earlier life. There weren't a lot of jobs for young men without means or education then, so serving his country in the Canadian Army was a proud though undoubtedly difficult choice. William died in battle, and in his personal effects was found a poignant hand-written will.

He left all he owned of any worth to The BC Protestant Orphan's Home, "the only home I've ever known." One can only imagine the faces of the women who had cared for this young man when they received the news of his death and of his bequest: the feelings of loss and pride that they must have felt, and the acknowledgement and encouragement they must have received for his comment.

The passing of time allows us to reflect on these legacy gifts of the past, and to see some of the difference they made. A legacy gift is so named not for the way it is received, but for the difference it continues to make in the life of the organization. John Taylor's gift was $32,000. His legacy is permanence, committment, and home. The soldier's gift was $1,000, but his legacy was gratitude and acknowledgement of a job well done.

What will your legacy be? To find out more about legacy giving, or to include The Cridge Centre for the Family in your estate planning, please contact Shannon Whissell or speak with your lawyer or other estate planning professional.

Once a Cridge Kid, Always a Cridge Kid!: A plea to support Justin PlunkettThe Twelve Days of Cridge-Mas
Scroll to top